Founded in 1949, the Anglo-American School of Moscow (AAS) is located in  a purpose-built, state-of-the-art, 24,000-square-meter campus in Northwest Moscow. Approximately 1200 students from over 60 nations attend classes from Pre-Kindergarten (age 4) through Grade 12. AAS is an independent, non- profit, coeducational day school for children of the expatriate, diplomatic and business community, as well as Russian nationals. The language of instruction is English. The New England Association of Schools and Colleges accredits the Anglo-American School of Moscow.

Click on the image below for an interactive history timeline of AAS Moscow. 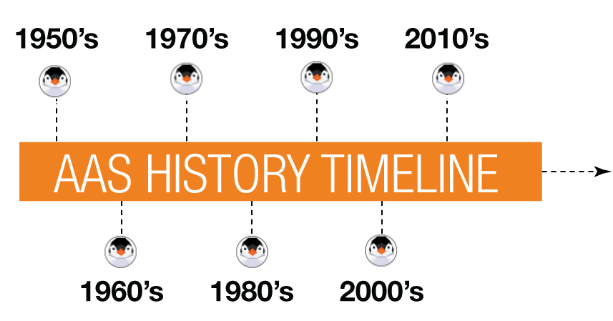 Any student who attended AAS Moscow will find that one logo that was present during their studies at school. We are proud to carry our historical name, legacy and warm memories through time.

Find a classmate or a teacher!

alumni networkAAS Moscow Alumni community of students who attended the school and staff and teachers who built and supported learning at the school are welcome to join AAS Moscow Alumni Network. Yearbook scans, reunion announcements, job panel, mentorship program and school news updates are there for you to enjoy!